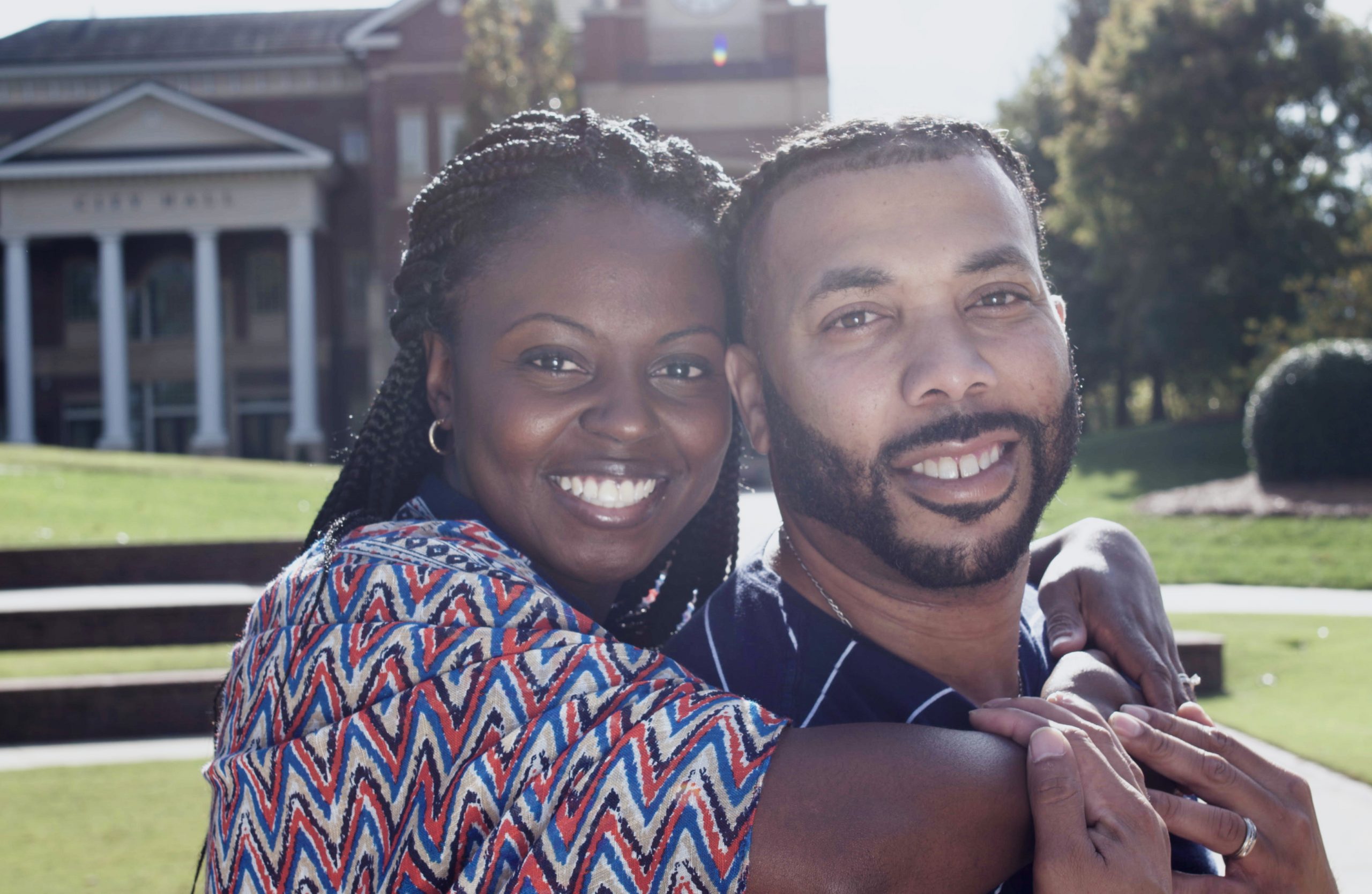 Who is Derrick and Rachel?  Their story began in 2014 when meeting one another at work.  They worked at a community center, Rachel as a Fitness Instructor and Derrick as a Before School Care Counselor.  What drew them together? Lamb!

Derrick is a great cook.  It just so happened the week Derrick took lamb for lunch to work, Rachel was looking to try lamb for the first time that same week.  She asked many people, including Derrick, if they could offer suggestions of restaurants where she could order lamb.  It just so happened Derrick was able to meet her immediate need.

Ever since Rachel had a bite of that tender lamb, her heart has raced for Derrick.  Derrick would say, Rachel had his heart the moment he laid eyes on her.  They soon got married seven short months into their relationship.  It has been marital bliss with challenges sprinkled in between.

Their challenges included making more money but creating more bills at the same time.  Having children but creating a huge daycare bill in the process.  Taking new jobs in the education field but having every piece of energy spent because of career demands.  Having a job that allowed for a significant pay increase, but not having time to eat healthy because of demands and it is causing health to decline. Rachel having two C-sections and a hysterectomy after giving birth to children, but her body being forever changed.  All of these changes affected the relationship.

There are not many people, companies, or programs that share the struggles of marriage.  Typically, you hear the following: We fell in love, we had children, we stayed together or got a divorce. What happened in between that got them to the end point?  Many do not know because many do not tell.

This is where Rachel and Derrick wants to fill in the gaps. Their philosophy is to put Gods people first. What does that mean? They have come against obstacles, became intentional with their solutions, and now they are sharing their solutions with the community.

Join Derrick and Rachel as they share their experiences.  They are looking to have you join their Millennial Marriage Ministry group and share your experiences with others to build His kingdom.